The last few weeks have been a blur of welcoming. Welcoming of visitors long known and cherished, and welcoming of entirely new people who quickly transitioned from stranger to companion, helper, or even friend. Finally, the ongoing welcoming of new versions of ourselves as we transition into this new stage of life and reality.

Just under three weeks ago, our son was born. At my final midwife appointment I recognised this would probably be the last time I met with a particular midwife with whom I had developed a nice rapport. She touched me gently and encouragingly on the shoulder as we parted ways, probably simply a habit for her, with this kind of situation being run of the mill for her. But this gentle, considerate farewell kicked off the week of introductions for me.

I spent four days and four nights in hospital where I met more midwives and doctors than I can count. The special ones, I think, will be etched into my mind for a very long time, like the midwife who admitted me and accompanied us at the start of the birthing journey, the midwife who recognised something was wrong, the midwife who encouraged us as I was labouring in the height of my pain, the midwife who wanted to spoke to (or rather, at, because I struggled to respond) me about how she is the only adult child in her family without children, but it’s okay because she has dogs, and the midwives and doctors who were present when our little man finally made his appearance, chin quivering and eyes wide open.

And then there were the midwives and doctors who looked after all of us for the days after the birth, checking in on us every few hours, admiring my husband as he walked the halls between midnight and 2am with our son so I could sleep. The women who joked (or were serious, I can’t quite remember) with me at 3am about getting Uber Eats to deliver hashbrowns to my room for breakfast. We were fortunate as we went home that the first two home visits were from the same midwife, who could see the improvement in all of us after my milk came in, could share in my excitement as I was able to stand up immediately when she arrived the second time, and could express her happiness and relief on discovering that our little man was finally putting on weight again.

While all these people coming into our lives and homes are quite obviously entirely new, they are not the most significant. Highly valued and appreciated at this critically vulnerable time, but not what I sit and think about during late night feeds.

These last few weeks have introduced to me new versions of myself, my husband, and of course, an entirely new human being totally dependent on us. My husband, now also a father, a sturdy pillar of support during the birth and the days afterwards, is new. Not an unexpected new, but a newness that comes from a different focus, an action that brings new characteristics to light in new ways. I’ve often heard that seeing your spouse love and care for your child swells your heart in new ways, and I understand that now.

My child is new, a person in his own right who needs, feels, and experiences in his own way. Getting to know this person will last for my lifetime, but each day I feel I know him a little better, as he comes to know himself over the course of his life. This world often seems to see babies and children as commodities, objects rather than people. I believe it is why strangers think it’s appropriate to touch them, to rouse them from their sleep for our entertainment and doting. But our small people are people, loved and cherished as themselves, not extensions of us. Even if we don’t see that, I believe in a God who does.

Finally (for now) is the constant introduction to the new reality of me. Not simply the new things that I do, or how I now spend my time, but the eternal change in the nature of who I am right now. At times this new me is more grumpy (hello tired) but is also devoted in a new way to another person. A piece of myself, yet wholly different, no longer within me but still a part of me is looking back at me, demanding to be fed, to be held, to be nourished, kept warm, and engaged with. This little one is demanding in a totally trusting way; trusting that someone will meet that demand. Historically I have not liked having things demanded of me. I do not allow myself to be pushed around, I do things in my time, I schedule and enjoy having some sense of control over the comings and goings of my day. But now? Most of the time the little demanding cries (now I am getting better at knowing what they mean) are satisfying to appease. I am coming around to the idea of not getting much of my previous list of daily tasks accomplished. Who knows who this version of myself will become in time, where this inner change that is hard to describe will take us. Nevertheless, it is taking us somewhere.

Today is the first official day of me being at home with nobody but myself and my son (and my dog). Today all I aim to accomplish is feed the baby (currently doing), feed myself, get the baby to sleep, walk the dog, write this blog, fold nappies, and keep us all alive. Despite wanting to emancipate myself from the dictatorship of lists, I find great satisfaction in recognising that it’s only 8:35am and I’ve already managed to get this one done. The rest, we shall see.

We in this house are grateful for all the new who have made their way into our hearts over the last few weeks. Long may it continue, and may we have the eyes and hearts to witness it. 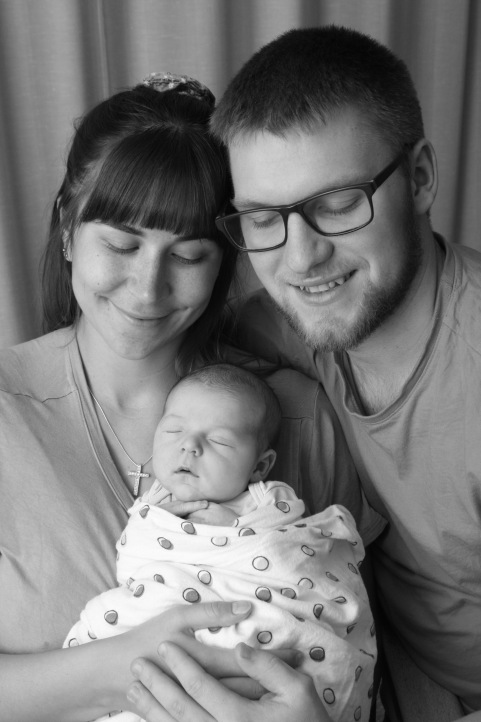